After the launch, customers will also get petrol and diesel engine options. According to Tata Motors, the Curve will be the first such electric SUV that will offer such options. Tata Curvv SUV EV has been designed with a coupe roofline (sloping design) and is an evolved model of the Tata Sierra EV concept that was shown at Auto Expo 2020. The X1 platform that supports Nexon will be used for this model. Its back doors would be longer, the ceiling would be thinned, and the entire back end would be redesigned. The wheelbase of the TATA Electric SUV is expected to increase by about 50 millimetres. It is estimated to be about 4.3 meters long. 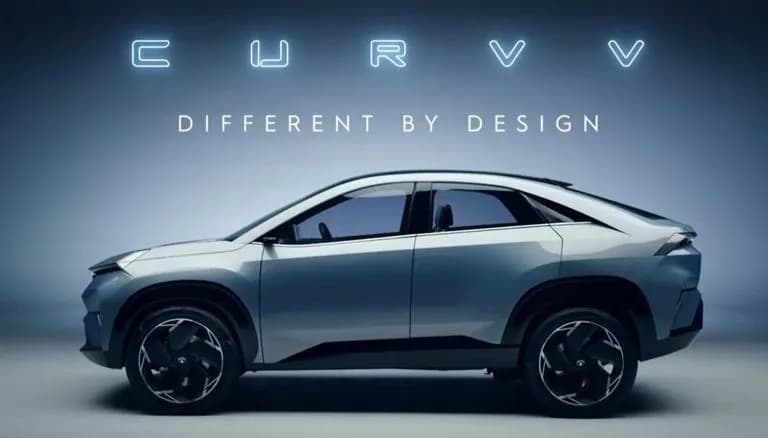 Like most vehicles these days, the TATA Curvv is also having a panorama sunroof. This sunroof emits dazzling light inside. The cabin also gives a wider feel. Another fancy touch on the Tata CURVV is that it can be viewed in the form of frameless windows on all doors.

This TATA EV Car will come with a minimalistic interior. There are two floating screens on the dashboard. The steering wheel comes with a flat bottom design with backlit control on both sides. TATA Motors is targeting to produce 10 more electric cars by 2025.