The paper leak of the forest guard exam has caused trouble again in Rajasthan. The issue of the reet exam wasn’t even fixed yet, and a new one got stuck. Let us tell you that after the answer sheet for the exam to fill 2300 positions as a forest guard was posted on social media, it caused a stir among the people who took the exam and the education department.

Some of the accused have tried to ruin the hard work of the government and the candidates. So far, the Rajasthan Police have arrested two teenagers and a government worker in this case. Information says that a photo of the answer sheet from the first shift in the Railmagara police station area of Rajsamand district went viral on social media on Saturday.

In this case, Deepak Sharma from Karauli was arrested by the police after a big uproar. Deepak said when he was being questioned that he got the paper from Hemraj Meena, who lives in the village of Ajaypura in the Lalsot area of Dausa.

In this whole situation, the special police team started working right away. Based on where his phone was, Hemraj Meena was caught near the Lalsot railway station. Hemraj went to the centre of Dausa’s PG College. The accused has also agreed to the matter of sending the answer sheet. Hemraj Meena is being questioned by police in Kotwali about the same thing. 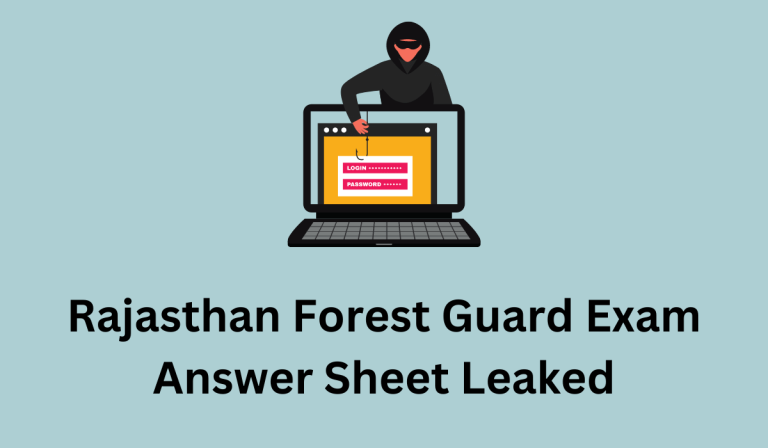 Experts say that Deepak Sharma, who lives in Karauli, works in Udaipur for the Electricity Corporation. Deepak was working as a technical assistant in Railmagra. Based on what he said, the police are taking action. Hemraj Meena, the other accused person, lives in Jaipur, where he studies for exams. Now, the Rajasthan Police are also looking for other young people from many different districts who have something to do with all of this.

After hearing about the paper leak, Rajsamand police arrested about 12 people from six different districts of the state. All of the people who have been arrested are being carefully questioned by the police. Rajsamand SP said that once the investigation is done, he will soon tell the media everything they need to know.